What To Do When Cops Find Drugs in Your Vehicle 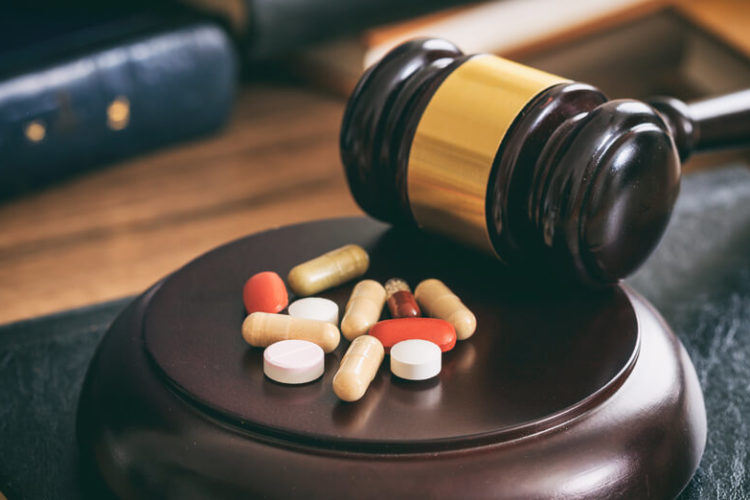 When drugs are found in your vehicle by law enforcement, you need the best drug crime lawyer by your side. Facing possible criminal prosecution is a scary experience that no one should have to endure alone. With an experienced and seasoned drug crime lawyer who understands the law, you can rest easy knowing that you’re in good hands. Our office has over 40 years of experience and conducted over 100 jury trials. We know the winning strategies needed to win your case and protect your future.

What Happens if You Get Caught with Drugs No one wants to get caught with drugs in their possession, whether they are guilty or not. In most cases, a regular traffic stop is all it takes for the police to find drugs in your possession through an impromptu search. Whether these searches are justified or not, the consequences can be significant and life-changing if the police catch you with drugs during the traffic stop. If you were a passenger in a car where drugs were found or if you were arrested, you should seek guidance from a drug crime attorney immediately for the following reasons:

These questions from a drug crime attorney are necessary to determine important facts in the case and establish constitutionality. Our lawyers have years of trial experience and winning cases in the courtroom. We stay up to date on regular changes to search and seizure laws. As a drug crime attorney, we will quickly identify if the police violated your constitutional rights during the stop and search. If so, the court may exclude the alleged evidence in the case.

Again, specific facts that justify an impromptu search of your vehicle must be clear. There must be reasons why a police search is necessary, or it is considered illegal without a warrant.

Police often attempt to get individuals to consent to a search. It is your right to refuse to provide consent to any search.

What happens if you get caught with cocaine in the car? Illegal substances like cocaine, heroin, crack, or prescribed opioids are considered a schedule I and II controlled substances. This means that the police will likely impound the car and make an arrest.

What Does Police Do With Confiscated Drugs?

Once an arrest is made, the judge may issue a warrant for the impounded car. Your car may or may not be returned to you based on the evidence found. The drugs are confiscated and sent to a secure laboratory where they are analyzed, organized, and tested, awaiting trial, depending on the amount and type. Smaller amounts are often stored at the police station, while large amounts are taken to a secure federal or state vault. Since these cases can be a long, drawn-out process, drugs that have been seized and are no longer needed as evidence are incinerated. Some law enforcement agencies will contract out the destruction of illegal substances to the DEA or Drug Enforcement Agency.

If Drugs Are Found in Your Car, Who is Responsible? You may be thinking, “the drugs found in the car are not mine.” An arrest is not a conviction, and it must be proven that you were aware of the drugs in your car. This is when a drug crime attorney is important to consult on gathering information proving that the illegal substances found were not yours. A drug crime lawyer will be able to establish that you were not the only one that had access to the vehicle at the time and that you were unaware of the drugs. They will also be able to establish whether the police had “probable cause” when they caught you with drugs in the car. If they can not establish “probable cause,” the court will discard the evidence.

When You Need the Best Drug Crime Lawyer

What happens if you get caught with cocaine or other “street drugs”? You may be thinking, “the drugs found in the car are not mine.” Our experienced trial attorneys will provide the appropriate expertise, support, and strategy to ensure your rights are protected. If you were a passenger in a car where drugs were found or the owner of the vehicle and have been accused of trafficking or possession, you’ll need to take immediate action. These charges carry harsh penalties, and the sooner you partner with a drug crime lawyer from our firm, the better the outcomes will be for you.

We have significant experience in the areas of DUI – drugs, marijuana, narcotic drugs, dangerous drugs, juvenile drugs, drug sales, drug manufacturing, and drug transportation. The legal system is complex, and you don’t want to get caught in its web.

Give us a call today for a free case assessment to get started on your case!

What Are Common Causes of Motorcycle Accidents?